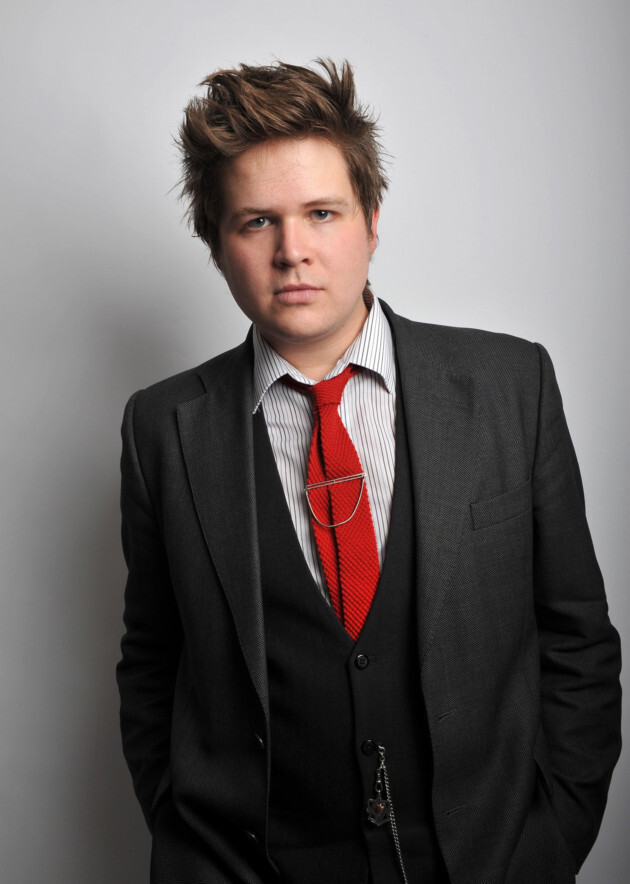 Back in Georgian times we got our news from poetry.
Before papers, broadcasts or the internet, ballad sellers would hawk their doggerel on street corners for a penny.
Scandalous affairs, grisly crimes, and colourful characters were brought to life in rhyming verse long before first tabloid was printed.
Now Luke Wright has rewritten the very best of these stories for the modern ear: take a trip through the Drury Lane gin shops with the Boxing Baroness; filch oysters by the dozen with Dando, the celebrated gormandiser; and peer inside the restless mind of a lonely itinerant ballad seller.
Expect scandal, excess, and beautiful flawed humanity.
You will leave his show brimming with energy, heart pounding and brain whirring.” - The Guardian “Wright’s full-throated reverie is spellbinding.”
Bo 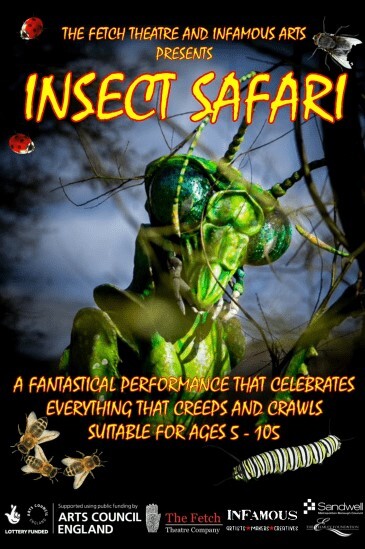 Blackberry Fair proudly present Fetch Theatre with their new outside show ‘Insect Safari’ featuring incredible giant and tiny puppets. This exciting visual performance celebrates our symbiotic relationship with insects using mythology, folktales, music and poetry. Grab a chair, rug, coat and picnic for either the 2pm or 4pm show on the lawns at the Doddy, please note this production does not take place in the Marquee, due to the nature of the show.

SCOTT BENNETT: RELAX
Scott is a diagnosed stress head, he's tried everything, but nothing seems to work.
He's trying his best to live with it, but that is proving to be a challenge.
The only comfort is that he knows he's not alone. We are all under pressure, life is manic, we seem to be in constant demand. Have we now reached the point where we've all forgotten how to relax?
A brand new show from one of comedies fastest rising performers and recently voted “Comedians Comedian for 2020”
The creator of the viral lockdown hit, “Stand up from the Shed” as seen on BBC News, Sky News and as heard on Radio 5Live!
His last show "Leap Year" and this show “Relax” were both nominated for "Best Show" at The Leicester Comedy Festival. Amused Moose Edinburgh Comedy Award Nominee. A writer for Chris Ramsey (Comedy Central), First and Last with Jason Manford (BBC), The Citizen of Nowhere with Daliso Chaponda (BBC Radio) and tour support for Rob Brydon and Paul Sinha.
“Great material, a very funny man” Rob Brydon

“A joy to watch” Chris Ramsey

As heard on Absolute Radio, BBC 4 Extra, BBC Radio 4 “The Now Show”, “The News Quiz” “The Elephant in the Room” and “The Comedy Club” As seen on BBC live from the Edinburgh Fringe

Scott will also be performing a compilation of his best club stuff to date in the support slot in the first section of the show. 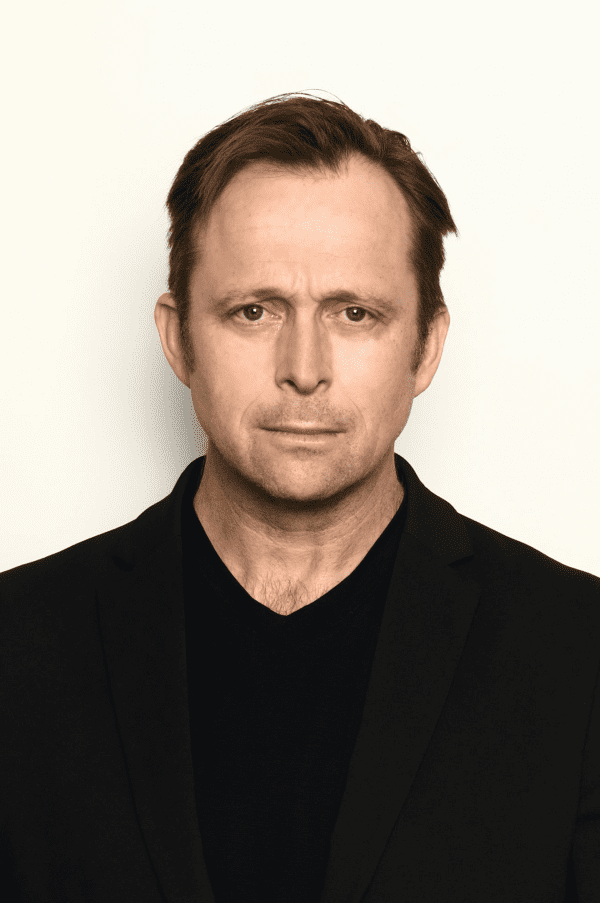 During this time Tom claims to have discovered a genuine 'psychic' ability and now performs as The ‘Psychic’ Comedium. In his performances Tom clearly makes jaw dropping revelations about his audience but is he gifted or is he deluded or is he just full of sh*t?

Whatever you decide his gift for comedy is undeniable and his 'psychic' powers are unbelievable!

“Binns has either gone native or so deeply ironic that he’s lost touch with reality. I can only assume he sells more tickets if he claims to be the real deal. In this post truth ‘end of days’ era we’re living in, why not? Best of luck to him.“ Evening Mail

Tom Binns is the star and co-writer of the BBC 1 Friday Night Comedy Series Hospital People. He is also an award-winning and critically acclaimed character comedian working the International Comedy Festivals and the UK Stand Up Comedy Circuit.

He’s widely regarded as THREE of the best headliners working in British Comedy.

His ventriloquist act, alter egos Hospital radio DJ Ivan Brackenbury and The'’Psychic’ comedium have won him over 30 five star reviews and many awards both at home and abroad. Including, Fosters Comedy God and Best International Comedian.

"The Psychic ‘Comedium’ is, ‘a masterclass in improvisation, character comedy and mindreading" Telegraph

With DJ Ivan Brackenbury, ‘Binns has his character nailed and he mines the comic seam, ruthlessly to create top-quality entertainment with practically universal appeal’ Guardian

He's been in BBC Shows Alan Partridge, Lee and Herring, Friday/Saturday Night Armistice and Channel 4 shows IT Crowd, The Big Breakfast, Rise, Under the Moon, Drifters and Eight out of Ten Cats do Countdown and the feature films Going to Mecca and Eaten by Lions. 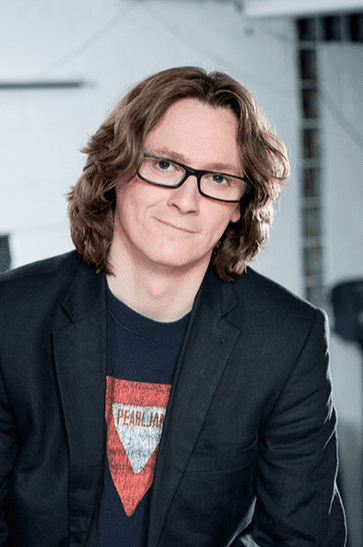 Ed Byrne has become a household name from his numerous BBC TV appearances including The Pilgrimage, Top Gear, QI, Dara & Ed’s Road To Mandalay, Dara & Ed’s Big Adventure, Mock The Week, Graham Norton Show, Have I Got News For You, Live At The Apollo and presenting stints on Comic Relief Bake Off.

Radu Isac has been a professional comedian in Romania for about nine years where he was known as Romania’s comedian’s comedian.

In 2015 he moved to London to be known as a open mic comedian. Since then he has racked up nine competition finals and three BBC appearances on the UK comedy circuit, and is definitely one to watch.

Ben Briggs' likeable stage presence and sharp material have made him in demand as an act and compere up and down the country. Ben has appeared at the Birmingham, Nottingham, Edinburgh and Leicester comedy festivals. In 2015, Ben reached the Final of the English Comedian of the Year Competition held in The Udderbelly at The South Bank in London. Hosted by resident MC Wayne Beese 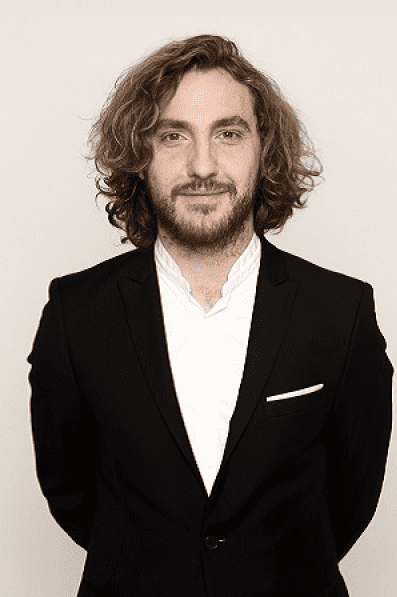 Described as ‘the best observational comedian of his generation’ (The Guardian), this Edinburgh Award nominee’s last UK tour show After This One, I’m Going Home ended with standing ovations around the country.

Seann has starred in Netflix’s Flinch, Live At The Apollo, Tonight at The London Palladium, Celebrity Juice, Play To The Whistle, Virtually Famous, 8 Out of 10 Cats, Chatty Man, Stand Up Central and is a regular guest on The Jonathan Ross Show.

‘Unquestionably the best observational comic of his generation’ The Guardian

‘A cracking good show’ The Telegraph

Coming to us fresh from making his debut on TV's Mock The Week, Mark is an exceptional one-liner comedian.

Mark is constantly on the rise and since being in the finals of several noteworthy competitions, such as Leicester Mercury Comedian of The Year, So You Think You’re Funny and the NATY Award, he has been in high demand for the top UK comedy clubs, such as Glee, Manford’s Comedy Club, Comedy Central and Just The Tonic, headlining the majority of them. Also, he has been recently supporting Seann Walsh, Rob Beckett and Rob Brydon on their national tours, as well as one off shows supporting Michael McIntyre, Sean Lock and Jack Dee.

Born and bred in Manchester, Josh Jones is fast becoming one of the best young acts on the circuit and recently made his TV debut on 8 Out of 10 Cats.

In just three short years Josh has gone from an open spot to a regular at some of the biggest comedy clubs in the country, including the prestigious Glee Club.

Nice friendly hotel ideally situated for a friends wedding party at a nearby location.

This website is edited by The Dodington Lodge, Dodington, Whitchurch, Shropshire, SY13 1EN, United Kingdom. Tax / VAT number: 453582634. We use cookies to ensure you have the best experience and any personal data shared during your visit is protected by our privacy policy